1919 was an eventful year in Ireland.

In January of that year the First Dáil was formed. Irish MP’s decided not to go to Westminster but to remain in Dublin and meet in the Mansion House. Later in 1919 The War of Independence began to spread throughout the country and North Longford played a key role in the Irish Revolution.While all of this was going on the GAA was prominent all over Ireland. The 1919 Longford County Final was contested between Clonbroney Camlin Rovers (Sean Connolly’s today) and Killoe Young Emmets and finished in a draw with a score of 1-1 each. The replay took place on August 3d with a win for Clonbroney on a score of 1-3 to 0-3. Many of the players on the day were members of the North Longford Brigade and the Volunteers.

On Saturday 21st September 2019 a Sean Connolly’s selection will play a Killoe Young Emmets selection to commemorate this game as part of our Centenary events.

This is a family day which will also include a schools match, school projects and a Céili Mór on Saturday night.  Throw in is at 2.30 pm. 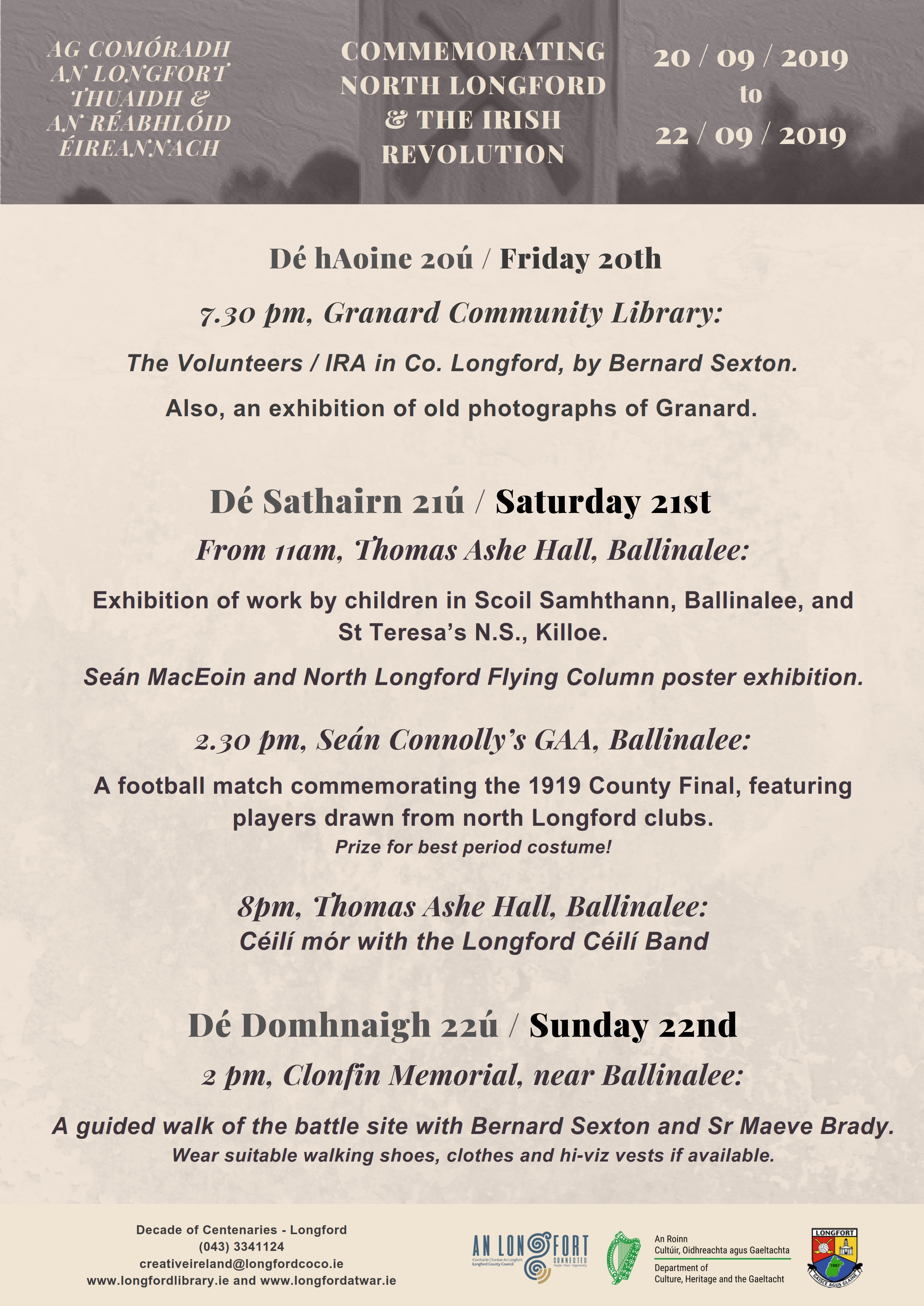