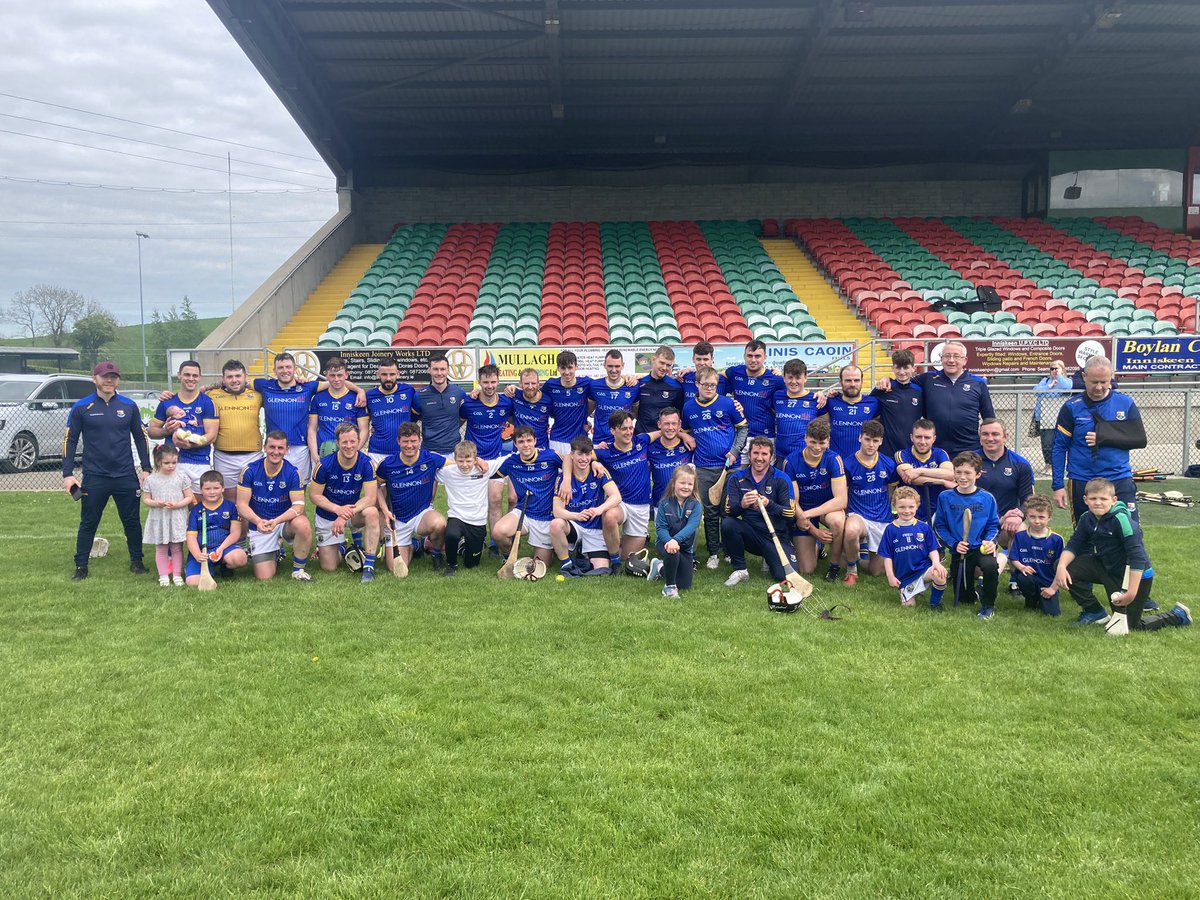 By PRO Longford   |   8th May, 2022
Comments Off on Longford hurlers secure crucial win over Monaghan in Lory Meagher Cup campaign

Longford hurlers secured a crucial win over Monaghan in Inniskeen today on a score line of 2-15 to 1-16 and they now top the Lory Meagher Cup table after Monaghan had their Lory Meagher Cup wins over Cavan and Louth cancelled due to fielding an ineligible player.

In a cagey opening to the game both sides traded points to leave the score line at 0-3 to 0-2 in favour of Longford. Then in the 14th minute Reuben Murray latched on to a long cross-field pass and showed great composure in beating two defenders before batting the ball past the advancing Monaghan goalkeeper, Hugh Byrne.

Monaghan stayed in touch with three points from their talisman Mark Treanor before the game took a dramatic turn in the 32nd minute.

As Longford attacked, referee Aidan McAleer seemed to signal for a Longford free which caused Monaghan defenders to hesitate as Cathal Mullane played on and fired the pall past Byrne for Longford’s second goal of the game.

Amidst protests from the Monaghan players, goalkeeper Hugh Byrne became involved in an altercation with a Longford player and received a straight red card reducing Monaghan to fourteen men for the remainder of the game.

Monaghan then scored three points without reply through Gernon, Garland and Slevin to leave Longford leading by 2-6 to 0-8 at half-time.

On the restart, Longford were dealt a major blow in the 38th minute when captain Johnny Casey was forced to retire with a shoulder injury and was replaced by Keelan Cox.

Remarkably, Mullane’s first-half goal was to be Longford’s last score until the 47th minute when a long-range Paddy Lynam free once again levelled the scores after a battling comeback by 14-man Monaghan had seen them score 1-5 (including a Mark Treanor goal) without reply.

In the 49th minute another long-range point from Lynam again levelled the score line at 2-8 to 1-11 before injury forced Monaghan captain and talisman Mark Treanor to leave the field in the 55th minute.

Both sides continued to trade points to again leave the scores level at 2-11 to 1-14 in the 62nd minute but three late points from Joe O’Brien (66th, 70th and 74th mins) and a terrific long-range effort from Cathal Mullane in the 73rd minute saw Longford secure a memorable win in a hugely entertaining contest.

If Longford avoid defeat against Cavan next weekend, regardless of other results, they will reach the Lory Meagher Cup final in Croke Park for the first time since 2014 when they beat Fermanagh.