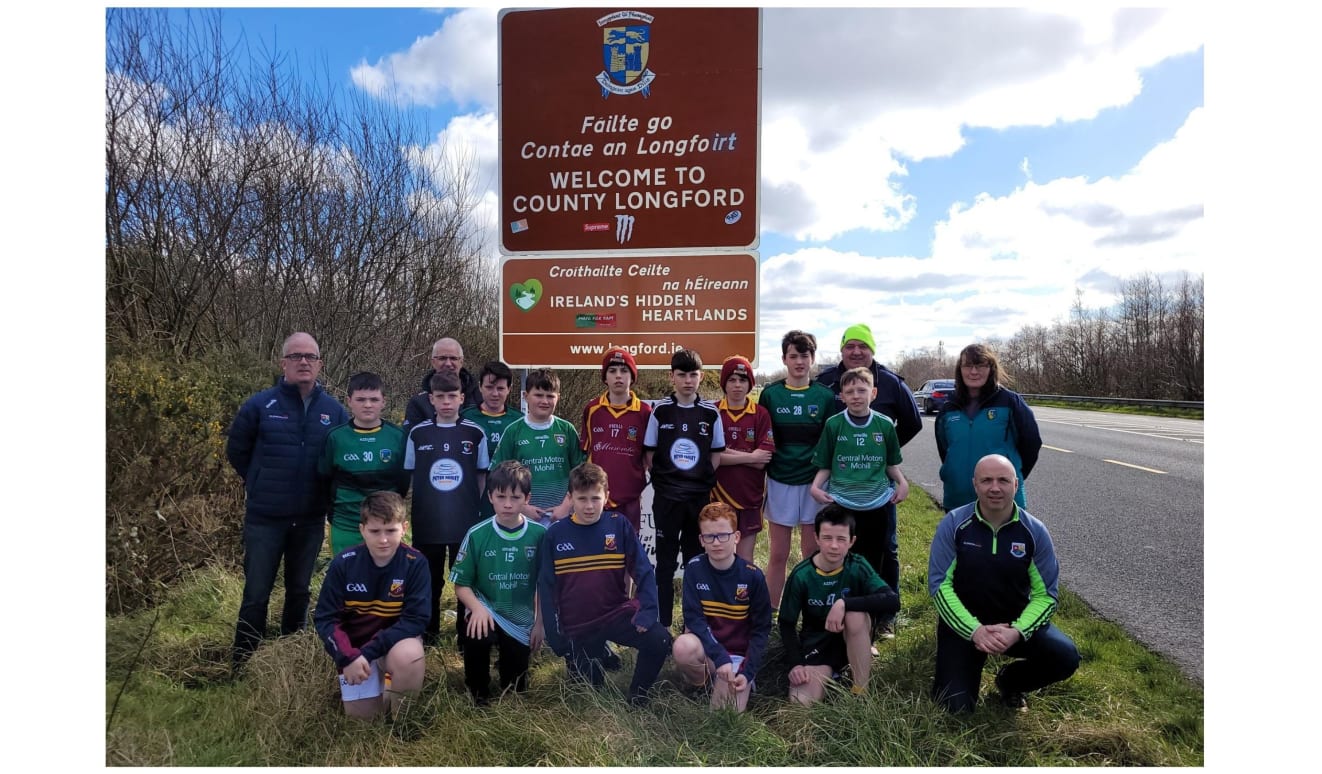 By PRO Longford   |   9th March, 2022
Comments Off on Longford/Leitrim Cross-border Leagues show the power of cooperation

Longford and Leitrim GAA are proving that cross-border cooperation is a great way to raise standards at underage level in Gaelic games.

The two counties have run a very successful cross-border Gaelic football league at U-12 level since 2012 which this year they will also run at U-13, U-15, and U-17 level.

Sponsored by Barna Waste and Topline Providers, the U-13 grade commences this weekend with 33 teams competing across six groups which ensures meaningful matches for everyone involved.

The brainchild of Longford GAA Games Manager, Damien Sheridan, and Leitrim GAA Games Manager, Thomas Keenan, the Cross-border League concept was designed to solve what can be a problem for counties with small populations – enough competitive fixtures for all teams.

Both counties have discovered that in any given year they might have a ‘middle tier’ of clubs who are competitive with one another, but then a small number of stronger and weaker teams at opposite ends of the spectrum.

This can lead to mis-matches which does no team either good. The strong learn little from defeating teams below their level, and the weaker teams are disheartened by heavy defeats.

But by pooling together the clubs of both counties in six tiers you can ensure that all teams regardless of their ability can benefit from meaningful matches against other teams of a similar standard which is a far more fulfilling experience for the players involved.

“If you can imagine four tiers within Longford and in tiers two and three we always have enough teams there to work away,” explains Longford GAA Games Manager Damien Sheridan.

“But in tiers one and four, if you want to call them that, you might get lucky with four teams or you could get really unlucky with just two teams. You just cannot do anything meaningful then because you don’t have enough competitive fixtures.

The arrangement has worked just as well from a Leitrim point of for the very same reason – all of their clubs are benefitting from playing more competitive fixtures which is the key to raising standards and keeping young people playing the game.

“The problem we would have had in Leitrim in any given year be it at U-13, U-15, or U-17 would be the dog in the street in Leitrim can tell you who’s likely to win the competitions before a ball was kicked,” says Leitrim GAA Games Manager, Thomas Keenan.

“What’s happening is that you have four clubs dominating the competition and because we only have 16 juvenile clubs we try to give them enough games by splitting them into two divisions of eight teams or three divisions maximum to give them games.

“But the problem is, if I take my own club Gortlettragh who are amalgamated with Bornacoola as Rinn Gaels, they’ll look at the Division they’re in and say, right, we can beat them, them, and them, but we’re not going to beat them or them.

“That’s absolutely critical for developing players because that’s what keeps them playing – meaningful games. If a young lad is playing in a game that he knows he’s going to get hammered in, then it’s not an attractive proposition for him.

“This competition ensures clubs have meaningful games against clubs of a similar level to them.”

The overall concept of the Longford-Leitrim cross-border league isn’t the only thing innovative about it.

The divisions are coloured-coded rather than numbered so there’s no negative connotation with the grading system, and the rules of the game at U-12 and U-13 level are designed to develop specific skills of the game.

Scores from play outside the 20M marked D are worth two points, and you also have the option of taking frees awarded inside the D from outside the D to avail of a two-point score instead of one-point score.

To further encourage long-range kicking and to help ensure that young goalkeepers don’t experience too many tough days at the office, goals are only worth two points rather than three.

“I come from the goalkeeping position and it’s not an attractive position for a player to play in because they can get caught with a ball going in over their head,” says Sheridan, who was Longford senior football team goalkeeper for 15 years.

“They can be under pressure giving a kick-out where they’re left one on one. It can be a three v one run-in and the forward is bringing the ball in from two yards out from the goal and flashing it in.

“It’s very hard to build a goalkeeper’s confidence, so we wanted to encourage more point-taking by creating a zone where kicking from outside it was equal to two points.

“The referees are very proactive then in putting up two fingers and shouting to the line if it’s a two-point score rather than a one-point score.

“It’s great then to see matches finish on a scoreline of something like 29 points to 24 points. Teams aren’t getting blown away by conceding two or three goals

“The two-point score from outside the D also allows other players to come into play. There’s way more thinking about it. Players are actually thinking, okay, this game is close, we need a two-pointer rather than a one-pointer.

“It has just worked really well at U-12 and we will be doing that same now with the U-13s. We’re also talking about ideas such as awarding two-points for frees converted from off the ground.”

Playing teams from a different county is an exciting proposition for the players themselves and the competition has also led to a cross-pollination of ideas between clubs that raises standards.

“There’s great morale around the place from the hospitality that clubs create for each other and the bit of tension you sometimes get from the same teams always playing each other down through the years is diminished by this competition,” says Sheridan. “It’s not there when a Longford team plays a Leitrim team.

“There’s still every bit as much of competitiveness and wanting to do well but there is also this raising of all boats. Maybe in the first year of the U-12 I think our teams probably had the edge on it. Then the next year the Leitrim teams had the edge.

“There are eye-opening moments then for clubs when they see other clubs with the same sort of numbers as them but reaching a higher level, so why is that? It encourages clubs to think about how they can raise their own level.”

In many ways county boundaries have defined the GAA but more and more we’re seeing how doing away with them can be the key to giving players meaningful competitions at club level in counties with less resources.

Longford and Leitrim plan to grow their level of cross-county cooperation in the coming years, and Thomas Keenan believes it’s a blueprint others could follow to good effect.

“I think it’s the only way forward,” he says.

“Coming from a county that has very limited hurling, the Táin League is doing the same thing and I think for counties like Leitrim and Longford and there’s a few more in the similar bracket, then I think cross-county competitions is the only way to have teams playing at a better level and playing better games.

“From our point of view it’s a no-brainer.”