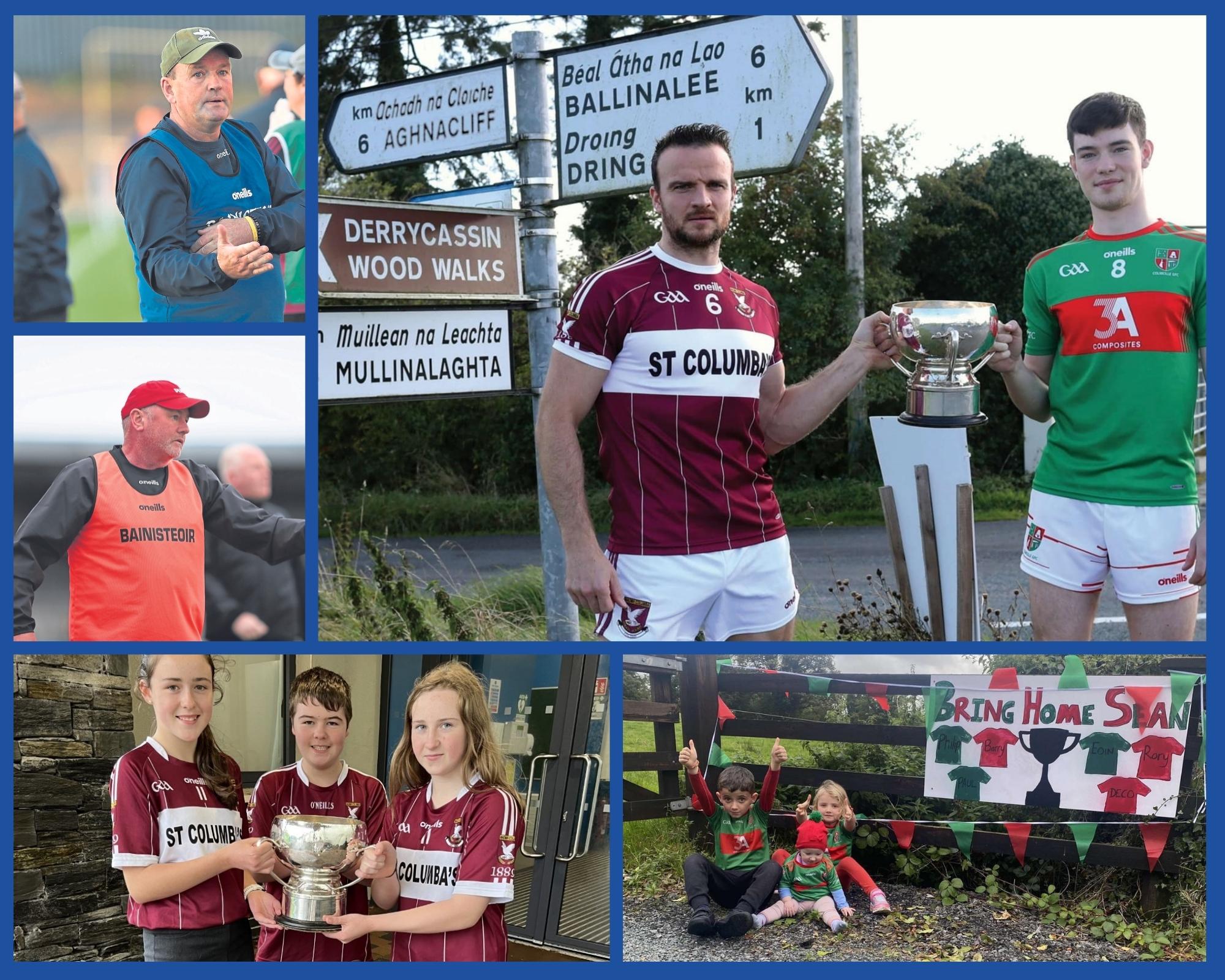 Sunday’s final will be the 105th Longford Senior Football Championship. This is Colmcille’s and Mullinalaghta St. Columba’s 12th time reaching the the decider and the first time these teams have met in the County Final since 1952.

Mullinalaghta St. Columbas have been the dominant club side in Longford in recent years but manager Ciaran Fox has no worries about his side lacking motivation as they prepare for Sunday’s game seeking their fifth win in the past seven years. “Our lads are very driven and dedicated. They are self-motivated individuals,” he stated.

Indeed Fox is pleased with the improvement shown by his charges during this year’s Championship run, “We were looking for improvements throughout the group stages, game by game. For us, it is about going out and competing and making progress”.

Colmcille manager, Mickey Harkin is equally pleased with his side’s progress in this year’s Championship and the resolve they have shown in previous outings. “We came from behind to beat Mostrim, having conceded three soft goals. We showed huge resolve in that game. Maybe the lads wouldn’t have achieved that a few years ago,” he stated.

While acknowledging Mullinalaghta’s tremendous Championship record in recent years, Harkin maintains that Colmcille will be very much up for the challenge facing them in Sunday’s final. “We aspire to the standards that Mullinalaghta have set, but Colmcille beat them in the Championship a few years ago, so our lads are not in awe of them” he added.

The 1997 Senior Championship winning Fr. Manning Gaels team will also be honoured during the half-time interval in the Senior final.

The action gets underway in Glennon Brothers Pearse Park at 1.45 pm and a large crowd is expected for both finals, so supporters are advised to arrive early and to allow extra time for admission into the ground.

Match tickets must be purchased in advance and will not be available at the ground.

Live streaming and ticket information is available from https://longfordgaa.ie/football/tickets