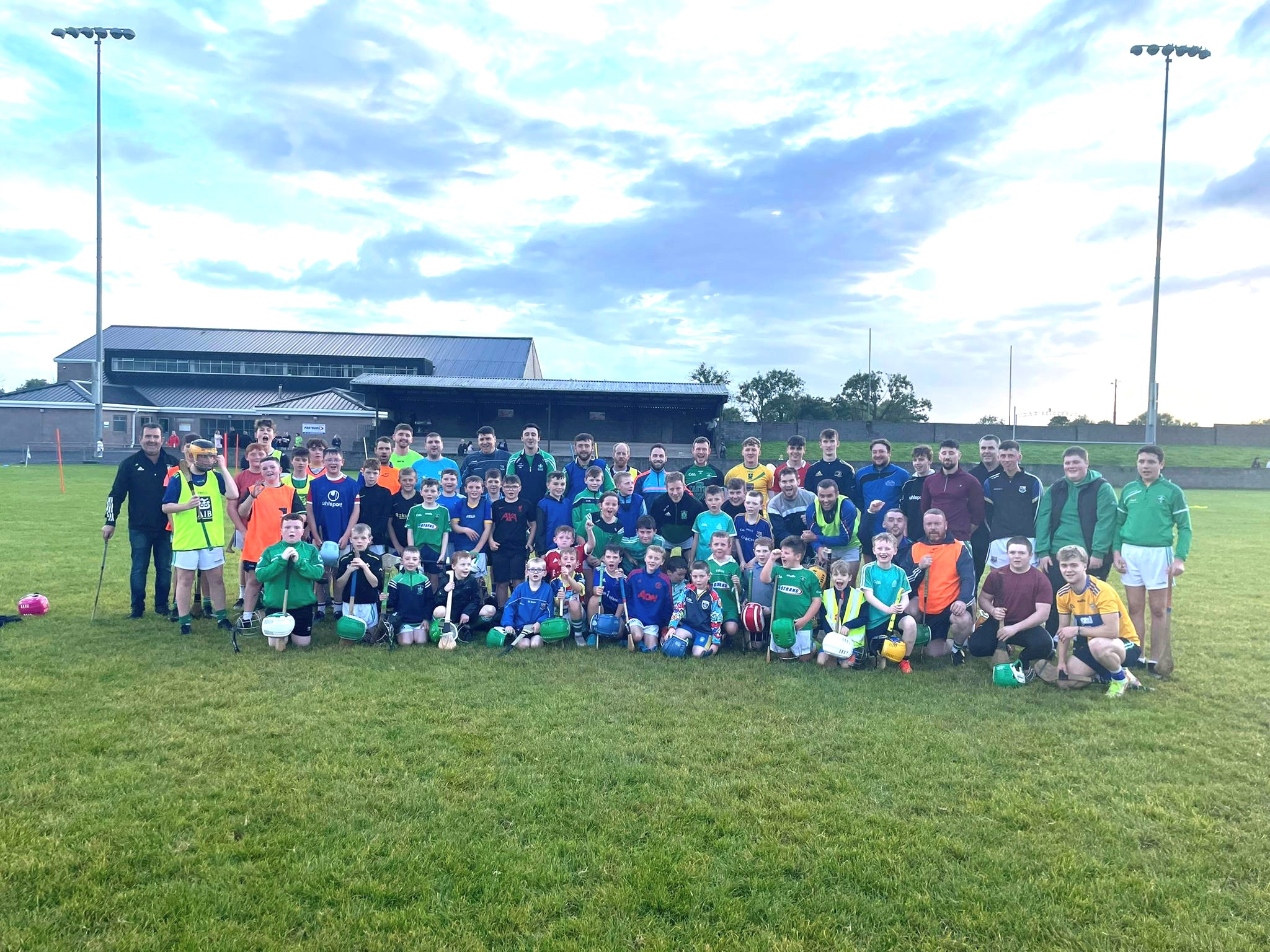 Clonguish last won the JJ Duignan Cup in 2019 but they will be hoping to win another championship on Sunday. John O’Brien and Paul Hession are the joint managers of the Newtownforbes team.

Tony: ‘John, most people were expecting a repeat of last year’s final between Slashers and Wolfe Tones, so you must be delighted to get to the decider.’

John: ‘Yes Tony, after winning the title in 2019, and having a good run in Leinster, we just didn’t get up and running in the last two years before this year. We set our stall out earlier in the year and despite not having the numbers we have had in previous years, we have a committed bunch throughout this campaign who are giving their all and we are making the best use of our limited resources.’

Tony: ‘It was a close championship and you have reached the final drawing both games.’

John: ‘The two games were really backs against the wall in terms of our panel, and we were missing several players for both games, so we were lacking options. They were two hot days as well, but our attitude and determination got us those draws. We should have really won both games looking back on them. Against Slashers, we were in a comfortable position, but conceded a couple of sloppy goals. Against Wolfe Tones, we rode our luck, as they had a late goal disallowed for a square ball. However, the character, determination, and attitude of the players is what has got us to the county final.’

Tony: ‘In that Wolfe Tones match, you were six points clear, but they came back to lead by a point in the latter stages, only for Bart Hanley to snatch the crucial draw with that monster side-line cut from over fifty yards out under immense pressure, a stunning way to reach the final.’

John: ‘It was an incredible piece of skill and in fairness to Bart, he kept his composure, especially after both he and Joe (O’Brien) had each just missed a free before it. He could not have hit it any sweeter, and it was worth the entrance fee for the spectators to see that score. It was more pure relief than joy at the final whistle.’

Tony: ‘2019 & 2012 were the last two titles that Clonguish won and before the 2012 triumph, the club had lost three successive finals, so it would be nice for the club to add 2022 JJ Duignan Cup to the trophy cabinet.’

John: ‘I played in a lot of those finals that we lost and we definitely left a lot behind us, but we have built hurling back up in the club over the last four years and our underage set-up is progressing really well. There is nothing like a county final to promote the game and you can see children coming to football training with their hurleys and having a puck around before training, and it’s great to see. The last underage players to progress to senior ranks before this year were the likes of Stephen Gregg and Alan Sorahan, but they are both well in their twenty’s now, and that was a concern. However, you now have the likes of Matthew Flynn, the Crossans, and the Devlins all making the step-up from the underage ranks, and they have added energy and reinvigorated the panel.’

Tony: ‘ There is a good mix in the squad between the younger players and the older experienced players, some of whom have tasted national league and championship success with the county, such as Eanna Daly, Paul Barden, Bart Hanley and Joe O’Brien.’

John: ‘It’s a big commitment, you have players that are travelling down for training from Galway, Dublin, Sligo, and Athlone. A large number of the panel are commuting to come to training, so hats off to them, because it would be easier to sit at home and relax or just go to the local gym to get your exercise. The large attendance at training and the dedication shown creates camaraderie and a cause to fight for.’

Tony: ‘ You have experienced losses in the county final as a player, but you have also won three senior titles as a player with Clonguish.’

Tony: ‘Finally John, the management team plays a crucial role behind the scenes and you have good people involved in the set-up who have contributed hugely to the club cause including your joint manager Paul Hession.’

John: ‘It’s a bit of a default position really Tony. We met earlier in the year and there is a number of us that have a great passion for hurling within the club, but we felt that individually, we did not have the time to give the full commitment required, so we did what was the next best thing, and we put together some old heads. Along with myself and Paul, you have the likes of Fergus Darcy, Fergal Daly, Ciaran Finucane, Paul Melly, John Finucane, and Brian Crossan involved, and between us all, we have everything covered and it helps with the duties and responsibilities spread out between us. Everyone rows in when they can and it creates a great buzz. As Fergal Darcy would say, the hurling door is always open and we are always trying to keep people involved. Whether it’s a little or a lot, whatever we can get is important and It all adds up.’