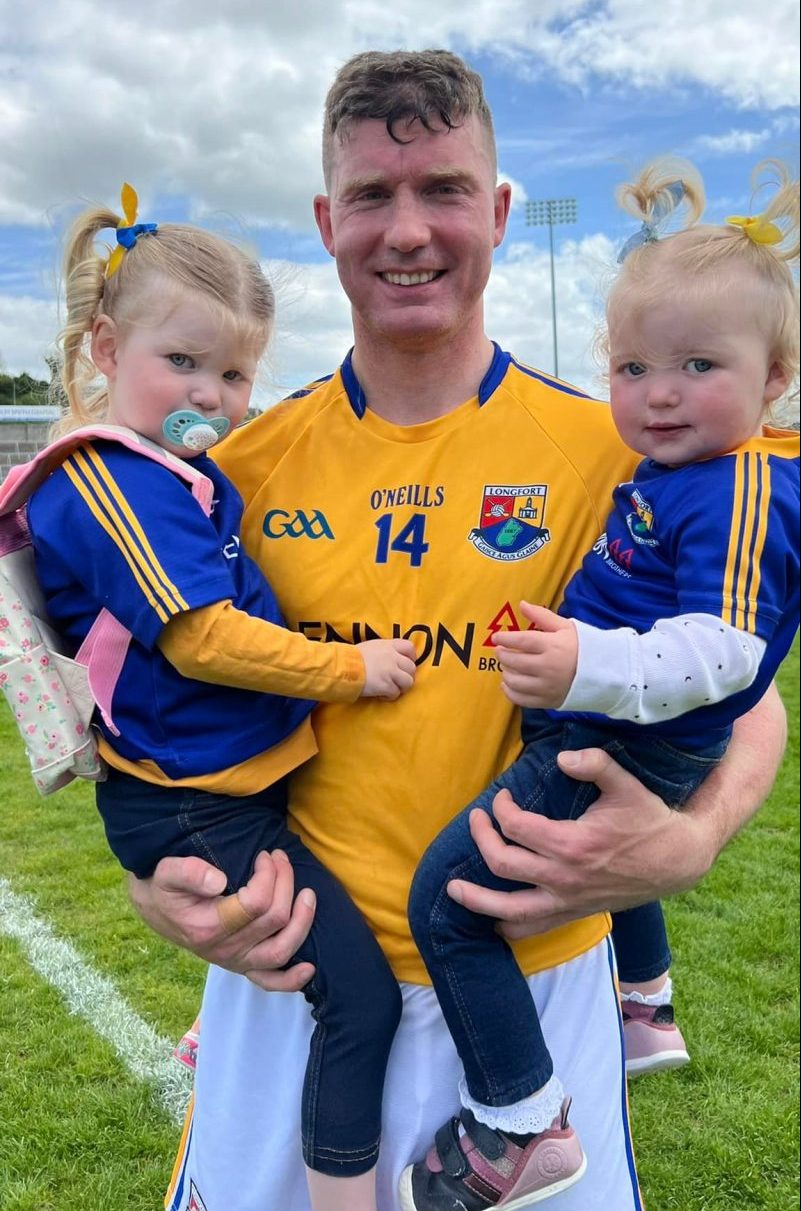 By PRO Longford   |   31st May, 2022
Comments Off on Interview with Cathal Mullane after Lory Meagher Cup Final defeat
After Longford’s Lory Meagher Championship Final defeat to Louth at Croke Park , Tony Ghee spoke with the Vice-Captain Cathal Mullane. As Captain Johnny Casey was out injured, Cathal was the playing captain for the final. He started the interview by acknowledging that while they were well beaten on the day by Louth, the team fully deserved their place in the Lory Meagher Final as they topped the group with four wins from their five games.
Cathal: ‘Yes Tony, we definitely deserved a place in the final. After losing in the last minute of injury time to Leitrim by a point in our opening match, we bounced back to beat Lancashire, today’s opponents Louth, Monaghan and Cavan. However, we just never got going today. We had a good start leading by 1-02 to no-score after about five minutes, but after that, Louth really took over and in fairness, they were the better team on the day and deserved to win.’
Tony: ‘When you looked at today’s starting line-ups, Longford started thirteen and Louth started twelve of the starting fifteen that played against each other in the earlier championship match that Longford won by a point, so another tight, close contest was to be expected.’
Cathal: ‘We were all expecting it to be another close contest, and if we were playing to the best of our ability, it would have been. In fairness to Louth, they just moved the ball a lot faster and reacted a lot quicker than us. They were winning the breaks, they had the numbers there, and they just seemed to be hungrier around the field and around the middle. That resulted in them getting the scores, they forced us into making mistakes and we got punished. We never got going and unfortunately that’s the way sport is sometimes.’
Tony: ‘In 2013, Longford lost the Lory Meagher Final by thirteen points to Warwickshire, but twelve months later, Longford were crowned Lory Meagher Champions after beating Fermanagh by two points. You were part of that 2014 success, and hopefully, history will repeat itself, because Longford lost by thirteen points today. So, there is no reason why Longford cannot bounce back to win the Lory Meagher Cup next year.’
Cathal: ‘We have had a very good year, it’s been a very enjoyable year with the Longford set-up. We have had great support from the county board. Hopefully, the lads will row in again next year and put in the effort again. The lads enjoyed it, they enjoyed the hurling, they enjoyed going training. We won’t know what to do with ourselves when the next few Tuesdays and Thursdays roll around. Most lads will make their decision over the next few weeks, and hopefully, the majority will come back.’
Tony: ‘The season has been very intense and Longford played nine matches in ten weeks between league and championship, which is full on. In your opinion, should there be more of a gap between some of the games?’
Cathal: ‘It was intense and we have a small panel, but we were lucky in the main on the injury front. John Mulhern missed a good few Championship matches and our captain, Johnny Casey, was out today due to the collision in the Monaghan match. In fairness to our Strength and Conditioning Coach, David Kennedy and our physio, Aishling Lyons, we haven’t had many muscle type injuries, but it is very compact playing nine games in ten weeks and twelve games in total between the two competitions. We have used 22 or 23 players in that time. I know it is the same for a lot of other teams, but it probably should be spread out a bit more.’
Tony: ‘Speaking of injuries, Paul Barden and Daire Regan missed a lot of hurling with their respective injuries, but it was great to see them getting game time in recent weeks, and Daire got on near the end today.’
Cathal: ‘They are two great guys that had injuries that could have ruled them out for the year, but in fairness, Daire and Paul both worked really hard and came back much earlier than expected. It was great to have them involved today. We got to two finals this year and lost them both to teams that were better on the day. It was a good season, but it would have been nice to win something.’
Share Now
We use cookies on our website to give you the most relevant experience by remembering your preferences and repeat visits. By clicking “Accept”, you consent to the use of ALL the cookies.
Cookie settingsACCEPT
Privacy & Cookies Policy